Invest In Your Business Now!

The George Old Car Show started in 1997 on Paul Fick' s farm ”Blackwood” near Victoria Bay. A total of 80 cars where on show and food stalls were provided by the Lions Club. The 2nd show was held at the George Riding Club in 1998 and approximately 250 cars and tractors were on show. The new car dealers were invited to display their latest models and the show was well supported by the public. Various displays like dog shows, gymnastics, a horse parade and a drive-by so that clubs could show off their cars, entertained the public. Arts in the park and food stalls as well as a well-stocked beer garden entertained those who were tired of looking at cars. A model car show was also laid on. The George Old Car Show was held at the riding club until 2000 when we once again ran out of space and had to seek larger grounds. The 4th George Old Car Show was moved to the P.W. Botha College in York Street, George. Ample space for show cars, tractors and motorcycles is available on the site as well as large grounds for public parking. The hostels are available for accommodation to exhibitors and a full time arena program held the public’s attention. The school provided food stalls and the income benefited the school fund. The 8th George Old Car Show was held in February 2004 and was by then rated as the 2nd largest motor show in South Africa and was supported by CAR Magazine. A total of 750 cars dated from 1901 to the latest models were on show. Forty beautifully restored tractors and a large variety of motorcycles were on show. The model car show proved to be more popular than ever and more than 5000 models were on display and for sale. The “arts in the park” had also evolved into a show of its own. Various motor clubs were in attendance. As this is not a static show all clubs had the opportunity to take part in the drive by to show off their pride and joy. With the combined effort of the Show Committee, The Sponsors and Clickonit, The Show has continued to grow in popularity with each successive year. 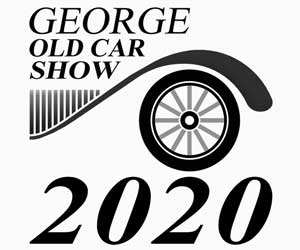 Want to become a member of our consumer Network? Then Register Now!